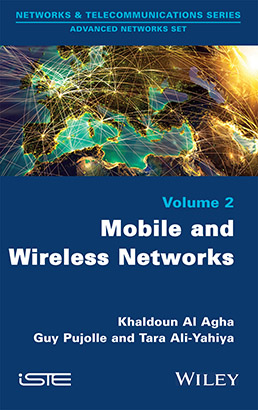 
This book presents the state of the art in the field of mobile and wireless networks, and anticipates the arrival of new standards and architectures. It focuses on wireless networks, starting with small personal area networks and progressing onto the very large cells of wireless regional area networks, via local area networks dominated by WiFi technology, and finally metropolitan networks.
After a description of the existing 2G and 3G standards, with LTE being the latest release, LTE-A is addressed, which is the first 4G release, and a first indication of 5G is provided as seen through the standardizing bodies.
4G technology is described in detail along with the different LTE extensions related to the massive arrival of femtocells, the increase to a 1 Gbps capacity, and relay techniques. 5G is also discussed in order to show what can be expected in the near future.

The Internet of Things is explained in a specific chapter due to its omnipresence in the literature, ad hoc and mesh networks form another important chapter as they have made a comeback after a long period of near hibernation, and the final chapter discusses a particularly recent topic: Mobile-Edge Computing (MEC) servers. 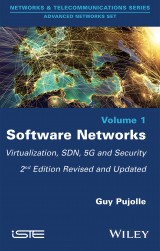