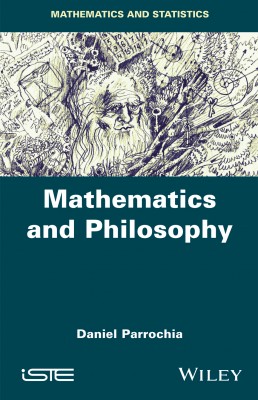 
This book explores the major impact of mathematical ideas on philosophical thought. It shows that from Antiquity (Plato) to the end of the Middle Ages (Nicholas of Cusa), philosophy and mathematics have been linked. At the time, visions of the world directly followed the conception of relatively simple mathematical ideas (irrational numbers, squaring of polygons, cubature of polyhedrons, angle trisection, etc.).

However, once this discipline reached a certain level of complexity, only professional mathematicians were able to learn from their knowledge. The movement started with Wronski and Clifford, followed by Cantor and Finsler, up to Thom and Grothendieck. This has led to a situation where philosophy is very often found elsewhere than in literature solely dedicated to the subject.


Part 1. The Contribution of Mathematician–Philosophers
1. Irrational Quantities.
2. All About the Doubling of the Cube.
3. Quadratures, Trigonometry and Transcendance.

Part 4. The Advent of Mathematician-Philosophers
10. The Rise of Algebra.
11. Topology and Differential Geometry.
12. Mathematical Research and Philosophy.


Daniel Parrochia was head of research at CNRS, Paris, France. An Emeritus Professor, he has taught philosophical sciences and mathematical logic at the University of Toulouse-Jean Jaurès, Paul Valéry University Montpellier 3 and Jean Moulin University Lyon 3.