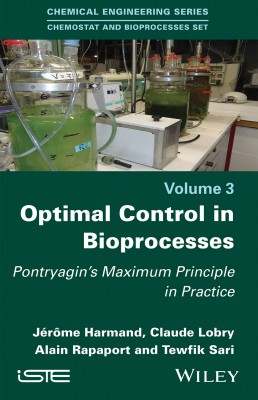 
Optimal control is a branch of applied mathematics that engineers need in order to optimize the operation of systems and production processes. Its application to concrete examples is often considered to be difficult because it requires a large investment to master its subtleties.

The purpose of Optimal Control in Bioprocesses is to provide a pedagogical perspective on the foundations of the theory and to support the reader in its application, first by using academic examples and then by using concrete examples in biotechnology. The book is thus divided into two parts, the first of which outlines the essential definitions and concepts necessary for the understanding of Pontryagin’s maximum principle – or PMP – while the second exposes applications specific to the world of bioprocesses.

This book is unique in that it focuses on the arguments and geometric interpretations of the trajectories provided by the application of PMP.


Jérôme Harmand is a researcher at the LBE laboratory of INRA in Narbonne, France.

Alain Rapaport is a researcher at the Applied Mathematics and Informatics Department of INRA in Montpellier, France.

Tewfik Sari is Research Director at the National Research Institute of Science and Technology for Environment and Agriculture (IRSTEA) in Montpellier, France. 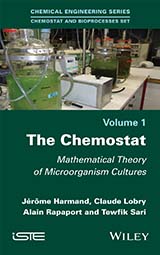 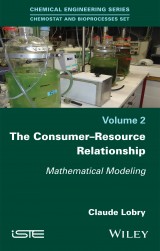