From Louis Pasteur to Jules Hoffmann 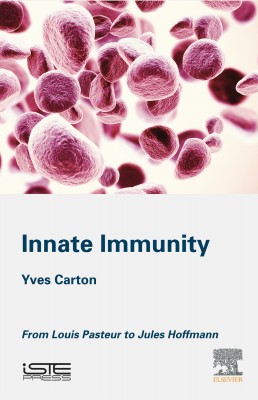 
Innate immunity is a new branch of immunology, confirmed by three Nobel Prize winners in 2011. It is the first line of defense against pathogens and is in a way the preliminary step of adaptive immunity which occurs later, and only present in vertebrates.

This book examines the way in which innate immunity was discovered in invertebrates. As a starting point, it looks at the work of Louis Pasteur on silkworm disease and the findings of Ilya Metchnikov, discoverer of phagocytosis. It also investigates André Paillot, who in 1920 demonstrated the existence of humoral immunity in insects, unrelated to the type of immunity that was initially thought to present in all vertebrates. Finally, Innate Immunity shows how the group directed by Jules Hoffmann found strong similarities between the innate immunity response of insects and mammals. The discovery of a receptor protein in Drosophila, which is also found in humans, was what led to Jules Hoffmann being awarded the Nobel Prize in 2011.


Yves Carton, immunology graduate of the Pasteur Institute, worked as a geneticist at the EGCE-CNRS laboratory and is currently Emeritus Research Director at CNRS, Gif-sur-Yvette, France. For many years, he has dedicated himself to the history of science, in particular the fields of entomology, biological control, Darwinism and immunology.