Humans in the Making


In the Beginning was Technique 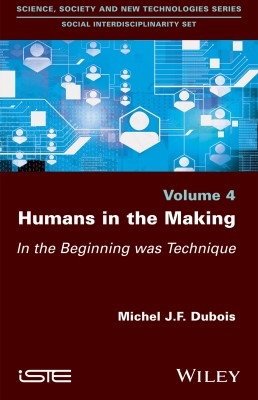 
Current descriptions of the future of humanity suggest that some problems reside in our relationship with technique – what it gives us and takes away from us, what we are with and possibly without it.

This book studies the relationship that we have with technique. We can no longer do without it, but we would like to set it aside for a moment and envisage a psychosocial world that has nothing to do with sociotechnical elements, that knows nothing of the origin of technique (and technology), its development, its involvement from the very beginning up to what the human species will become.

Humans in the Making thus analyzes this originary trajectory, thanks to which this species that is still becoming human, that is always evolving, cannot be considered separate from technique, in spite of philosophers who for 2,600 years have tried to put it aside. This book exposes the succession of technical “choices” in one of the many lineages of hominids, which led to the human being, now unable to live, and even survive, without technique.


Part 1. Phylogenetics of the Emergence of Humans
1. The Long and Slow Emergence of Humans.
2. Technique and Becoming Human.
3. Ethology: Technique and the Frog.
4. Neoteny: From Concept to Grand Narrative.
5. Issues of Neoteny and Technique.
6. Neoteny and Fetal Consciousness.
7. Inversion of the Analysis: The Lamarckian Bias.
8. Animal Behavior: Hermit Crabs and Their Shells.
9. Prejudice About the Priority of Values.
10. The First Phase of the Hominization Process.
11. Towards the Verticalization of the Genus Homo.
12. Technical Evolution and Neoteny of the Genus Homo.

Part 2. Technique and Human Ontology
13. Technique as the Foundation of the Human Being.
14. The Domestication of the Wolf: A Decisive Advantage?
15. Reforming Our Thinking About Humans?
16. Emergence, Then Global Expansion.
17. The Myth of the Golden Age.


Michel J.F. Dubois was Director of Agriculture at the Institut polytechnique UniLaSalle, France, until 2016. He now conducts research as part of the InterACT team at the Institut polytechnique UniLaSalle in sustainable development and innovation in agriculture. He is an agronomist engineer and holds a PhD in biology, as well as a PhD and a habilitation in philosophy. 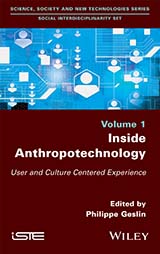 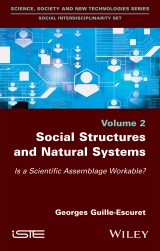