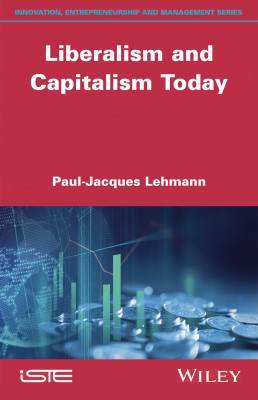 
It now seems to be a given that the principles that presided over the birth of liberalism and capitalism are no longer relevant. To understand the evolution of this ideology and economic system, Liberalism and Capitalism Today examines the work of the two authors who have contributed the most to the analysis of the conditions that lead to the emergence of these types of organization: Alexis de Tocqueville of France and Max Weber of Germany.

This book thus analyzes how the evolution of the general environment of a civilization leads to the emergence of new ways of approaching economic life, and then to its development, thanks to innovations in many fields.

This historical perspective makes it possible to understand the transformations that liberalism and capitalism could offer. It suggests a potential path that does not involve simply returning to a way of life that has been totally altered by the evolution of civilizations and the economy, but instead leads to a more peaceful way of living in most countries of the world.


Part 1. The Conditions in Which Liberalism and Capitalism Appeared
1. Political and Legal Conditions.
2. Economic and Sociological Conditions.

Part 2. The Evolution of Liberalism and Capitalism
3. The Birth of a New Capitalism in a New World: Financial Capitalism.
4. Towards 21st Century Capitalism.


Paul-Jacques Lehmann is Emeritus Professor of Economics at the University of Rouen, France. He is the author of numerous works in the monetary and financial fields, and, most recently, his research has focused on rehabilitating the great, forgotten and denigrated European authors of liberalism.