Objects to Learn About and Objects for Learning 1


Which Teaching Practices for Which Issues? 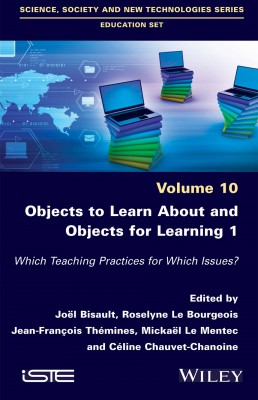 
Resulting from a conference that took place in Amiens, France, in June 2019, this book examines the place and role of objects centered in teaching practices from kindergarten to university, both in the context of France and elsewhere. These “objects for learning” are considered in their physicality as productions, work or signs that are used for learning. They become “objects to learn about” when the object itself is the learning objective. This book offers a cross-disciplinary perspective, linking the different disciplinary fields studied and the many reference sources used by the authors.

This two-volume work offers an overview of current research on the subject, with this first volume introducing the questions addressed and then going on to investigate the relationship between objects and languages, looking at objects at the heart of early learning.


Part 1. Objects and Language(s).
1. The Children’s Illustrated Literature Book in an Elementary School English Session: An Object Considered in its Materiality?, Élise Ouvrard.
2. Objects as Catalysts for Writing, Bruno Hubert.
3. The Role of Artifacts and Gestures in English Language Learning, Zehra Gabillon and Rodica Ailincai.
4. From Object to Instrument for Language Development in Kindergarten: Necessary Support in the Development of Professional Competence Among Probationary Public School Teachers, Émilie Magnat and Karima Olechny.
5. Professional Testimony: Construction and Analysis of a “Graphic Object” in a Physics Class in a 12th Grade Science Major, Laurent Moutet.

Part 2. Objects and Early Learning.
6. Mascots and Notebooks: Preschool Objects Circulating between the School Space and the Family Space, Marie-Noëlle Dabestani.
7. Educational Posters in Kindergarten: A School Object that May Be a Differentiator?, Elisabeth Mourot.
8. Professional Testimony: A Programmable Object for Learning Computer Science at Elementary School, Olivier Grugier and Sandra Nogry.


Joël Bisault is Emeritus Professor at the University of Picardie Jules Verne, France, and a member of the CAREF laboratory. His research focuses on science education in elementary school and on school objects.

Roselyne Le Bourgeois is an honorary lecturer at the University of Picardie Jules Verne, France, and a member of the CAREF laboratory. Her research focuses on the teaching of history in relation to other fields from kindergarten to the end of elementary school.

Jean-François Thémines is a Professor at the University of Caen Normandy, France, and a researcher at the ESO laboratory. His research focuses on didactic approaches to the teaching of geography in secondary and higher education as well as the geography of educational inequalities.

Mickaël Le Mentec is a lecturer at the University of Picardie Jules Verne, France, and a member of the CAREF laboratory. His research focuses on the socio educational uses of digital technologies.

Céline Chauvet-Chanoine is a school teacher and holds a doctorate in educational sciences from the CAREF laboratory of the University of Picardie Jules Verne, France. Her research focuses on science education in kindergarten, on school objects and on the professional identity of teachers. 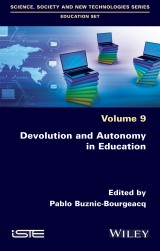 Devolution and Autonomy in Education 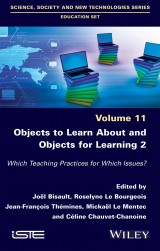 Objects to Learn About and Objects for Learning 2