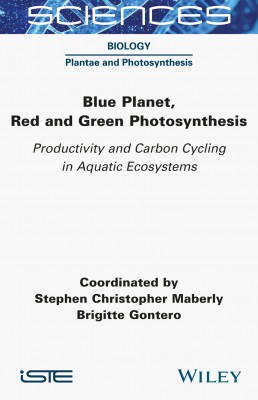 
This book describes the mechanisms that allow aquatic photosynthetic organisms to contribute about half of the global primary productivity; in order to mitigate climate change by sequestering carbon dioxide and producing oxygen, they transform the original anoxic atmosphere of the Earth over geological time.

Aquatic photosynthesis is performed by a wide diversity of organisms, predominantly involving cyanobacteria, and algae derived from the “red-lineage”, unlike terrestrial primary productivity, which is restricted to “green-lineage” plants.

Blue Planet, Red and Green Photosynthesis describes how, in order to maximize productivity, aquatic primary producers have evolved a series of structures and mechanisms that increase the limiting supply of carbon dioxide to the enzyme, Rubisco, which is responsible for carbon dioxide fixation. This book covers the molecular mechanisms involved in aquatic carbon uptake and the global consequences as humankind alters the blue planet.


Stephen Christopher Maberly was the Head of the Lake Ecosystems Group and is now a Fellow at the UK Centre for Ecology & Hydrology (UKCEH). He is an expert in limnology, algal and aquatic plant eco-physiology, photosynthesis and inorganic carbon acquisition.

Brigitte Gontero is Director of Research at CNRS, BIP, Marseille, France. She leads a group that studies algal metabolism, from CO2 fixation to lipid production. She is an expert in the mechanisms involved in protein–protein interactions and their consequences in photosynthetic organisms.