Simulation of Complex Systems in GIS 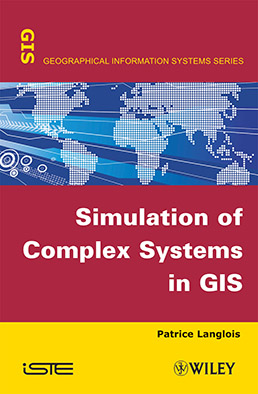 
This book provides a comprehensive view of the field of geographical modeling by dividing the topic into three parts.

The first part of the work establishes the foundations of geographical modeling through the use of more general concepts, including: structure, organization, system, geometries, topologies, metrics, material, and object. Finally, introduction of the concept of time leads to the theories of process and spatial interaction, which are fundamental in geography.

The second part of the book tackles the use of computer tools for dynamic model building, which are the geographic cellular automata (GCA), and presents several models applied to various themes, such as urban growth, natural risks by flood simulations, as well as more political themes, such as the use of European funds, or the development of voting patterns in France.

Finally, a general model of the geographic agents system (GAS) which can be used as a basis for the construction of a model-building platform for dynamic spatial models is presented.


Part 1. The Structure of the Geographic Space
1. Structure and System Concepts.
2. Space and Geometry.
3. Topological Structures: How Objects are Organized in Spatial Systems.
4. Matter and Geographical Objects.
5. Time and Dynamics.
6. Spatial Interaction.


Patrice Langlois, Professor in the Department of Geography and director of the MTG (Modeling and Graphic process in Geography) team, has been a teacher-researcher at the University of Rouen since 1982. He specializes in modeling in geography and in the development of data-processing tools for geographers, thematic cartography coupled with data processing, and the automatic digitization of vector maps. A general study of the structures and concepts of geographic modeling has led him to develop an integrated platform (framework) of modeling and simulation of spatial dynamics, based on a language of rules coupled with graphical modeling. 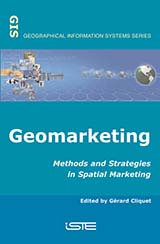