From Digital Traces to Algorithmic Projections 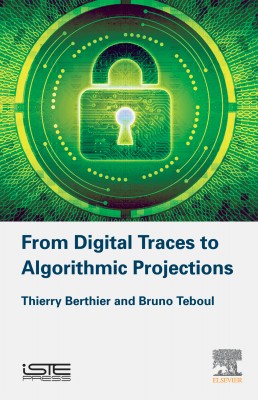 
In 2016, an individual in a technologically developed country encountered digital systems an average of 218 times a day. It is predicted that in 2025, this average will rise to 4,700! The global volume of data produced was estimated to have reached 16.1 zettabytes in 2016; by 2025, this figure could rise to 163 zettabytes.

Evidently, a sum of data as great as this influences human activities and contributes to the digitization of our environment. The traces that we produce daily on digital systems reveal our choices, orientations, preferences, etc. They show our movements, purchases and actions in real-time and, little by little, they draw our digital identity.


Thierry Berthier is Maître de conférences in Mathematics at the University of Limoges, France. He is a Researcher in cybersecurity and cyber defense at the Chaire Saint-Cyr and an Associate Researcher at CREC Saint-Cyr, France.

Bruno Teboul is the co-founder of the Chaire Data Scientist at the Ecole Polytechnique, France, and is an Associate Researcher at the University of Technology of Compiègne, France.