Wind in Deserts and Civilizations 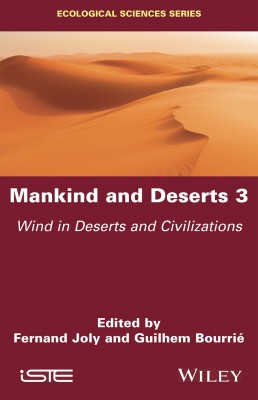 
The wild beauty of deserts has always been a source of fascination the world over. Mankind and Deserts 3 – the third and final volume – focuses on wind, frequently present in all deserts, either hot or cold.

Wind plays a major role in aridity and landscapes bear numerous forms due to its action, erosion, transportation and surface formations, some discreet and others spectacular, such as vast expanses of towering yardangs. Aeolian dynamics lead to dune formation, simple or associated with sand ridges or ergs, as in the Sahara. Mankind has attempted, to varying degrees of success, to cope with sand accumulation; ignoring aeolian dynamics has led many development projects to failure. This is developed by Yann Callot, a Professor at Lyon University who studied aeolian dynamics in the Sahara. Traditional societies have adapted to live in deserts, establishing vibrant civilizations with original ways of living, managing water resources and creating routes for trade, especially for salt. In a changing environment, useful lessons can be drawn from the genius of mankind’s adaptation to such diverse and fragile environments. This is explained by Marc Côte, who was a Professor at Constantine (Algeria) and Aix-en-Provence Universities.

From ancient, almost mythical, exploration to modern scientific studies, deserts have come to be better known yet still hold great appeal. This book traces the history of their knowledge while providing a basis for understanding their features and the tools needed for their protection, in an ever-changing world.


Fernand Joly (1917–2010) studied the Sahara at the Institut Scientifique Chérifien (Institut Scientifique de Rabat) in Morocco. He then entered the CNRS and Paris VII University, where he developed geomorphology and guidelines for cartography, pioneering digital data treatment. He is the author of Glossaire de géomorphologie.

Guilhem Bourrié, a member of the Académie d’Agriculture de France, is a pedologist and geochemist. He has worked on water quality in soils in Brittany, Provence, Algeria, Brazil, Chile and Mexico. 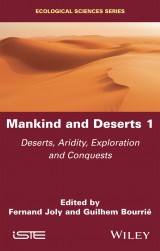 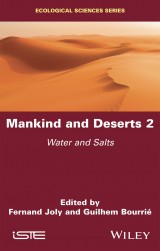