Indiscipline as a Requirement of the Field 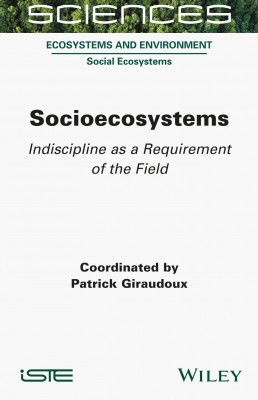 
The idea of socioecosystems answers the growing need to understand, in the context of the Anthropocene, how adaptive processes interact, and how that interplay results in the co-evolution of living beings. Studying socioecosystems means taking into account the diversity of temporal and physical scales in order to grasp how ecological, social and economic forces are interwoven. Based on these drivers, the complex dynamics that determine the habitability of the Earth emerge.

This book analyzes, through concrete cases from regional socioecosystems on several continents, how research action has provided answers to problems related to agriculture, health and the conservation of biodiversity. It demonstrates that these undertakings could not have succeeded without the combined efforts of the communities of living beings and objects, the community of knowledge and the communities of action. These examples are accompanied by a reflection on the conditions that make it possible to bring this research to completion.


Patrick Giraudoux is Emeritus Professor of Ecology at the University Burgundy Franche-Comté, Besançon, France, and Distinguished Professor at the Yunnan University of Finance and Economics in China. He has founded and directed several research units, multidisciplinary research master’s programs and the Zone atelier Arc Jurassien, a long-term socioecosystem research site of the CNRS.