The collection and treatment of traces which reveal who we are and what we do naturally piques our interest when it pertains to others, and anxiety when it concerns ourselves. Do we truly know what a trace is? And if knowledge is power, how vulnerable are we in the public sphere?

The demonstrability of a trace hides the complexity of the process that allows it to be produced, interpreted and used. This book proposes a reasoned approach to the analysis of the ‘trace’ as an object and as a sign. By following such an approach, the reader will understand how the media participates in the creation and deployment of traces, and the issues raised by what can be traced on social media.

The Trace Factory offers a historical perspective, returning to the founding theories of collecting and producing traces linked to knowledge and power in society. Observing technology and information through the prism of these theories, a large number of devices and their uses are evaluated.

This book offers itself as a tool of thought and work for researchers, professionals and social actors of all kinds who are confronted with the existence, treatment and interpretation of the traces of society and culture.


1. The Mediatized Trace of the Social World, the Object of Research.
2. The Schema of the Trace, a Paradoxical Semiotics.
3. The Complex Genesis of the Written Trace.
4. The Emerging Trace of the Media Text.


Yves Jeanneret is an Emeritus Professor at Sorbonne University, France. He has participated in the development of Information and Communication Sciences at both a national and international level. His main research interests are in the relationship between media and information devices, and the life of knowledge and culture. 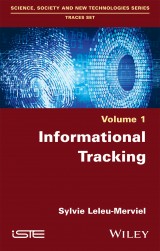 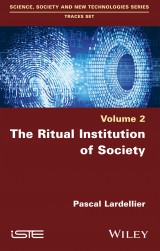